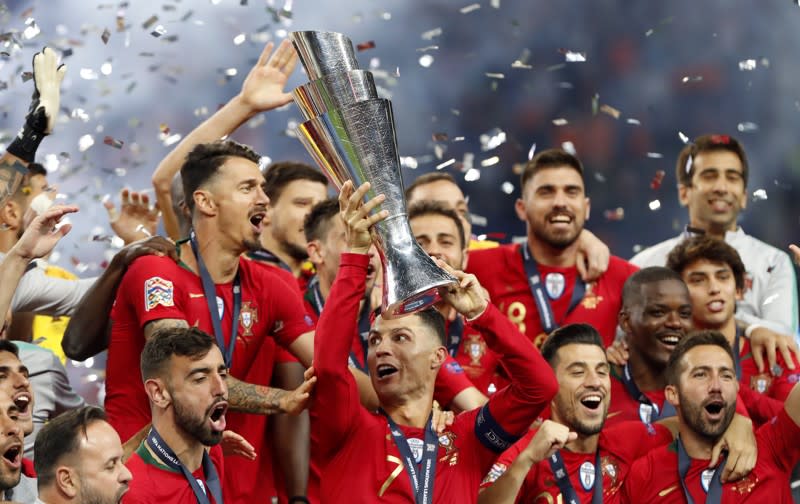 World champion France in second, Copa America host Brazil, and England complete an unchanged top four in the standings published Friday. World Cup runner-up Croatia falls one spot to No. 6 and Spain rises two to No. 7. Germany is up two to No. 11, tied with Argentina. Italy rises three places to No. 14, tied with the Netherlands which lost the Nations League final on Sunday. Mexico is No. 18 ahead of the Gold Cup kicking off Saturday. The United States drops six to No. 30. Iran rises one to make a rare appearance for an Asian team in the top 20. No. 22 Senegal is Africa's best ahead of the African Cup of Nations kicking off June 21. The 2022 World Cup host Qatar is unchanged at No. 55. FIFA publishes

Carney: We need to have fire in our belly

FA asks for information after England footballer alleged to have 'taken...